Even though Instagram has been blocked since the middle of 2016, I still remain a regular Instagram user, so I can tell you from experience that it’s entirely possible…as long as you’re prepared. Here’s a quick explanation of what you need to know if you want to use Instagram in China.

When it comes to being censored within China, Instagram is in good company. Other social sites such as Facebook, Twitter and Gmail have also been axed by the powers-that-be in Beijing. There are plenty of other websites and apps that are blocked in China. As I already mentioned above, though, there’s still a problem accessing Instagram in China once you’re connected to the internet since it’s been censored.

Ideally, you’ve already setup your VPN prior to arrival in China, since it’s a huge pain to do so once you’ve arrived. Take note of that as you read on and consider getting a VPN on your phone right now.

If you’ve never heard of a VPN, you can think of it like a tunnel through a wall (for a more detailed description, see What is a VPN?). Even when China has censored everything, BullVPN will tunnel through and give you access to sites like Facebook, Gmail and even Instagram in China. There’s no need to dive into the specifics of how it work, just know that it’s used by pretty much any expat who lives in China, including me.

One you have access to the internet on your phone and a reliable VPN installed and running, you should be able to log onto Instagram without any problems! 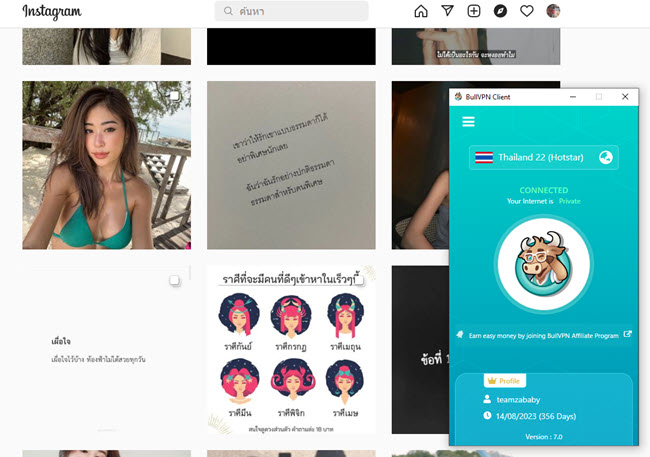