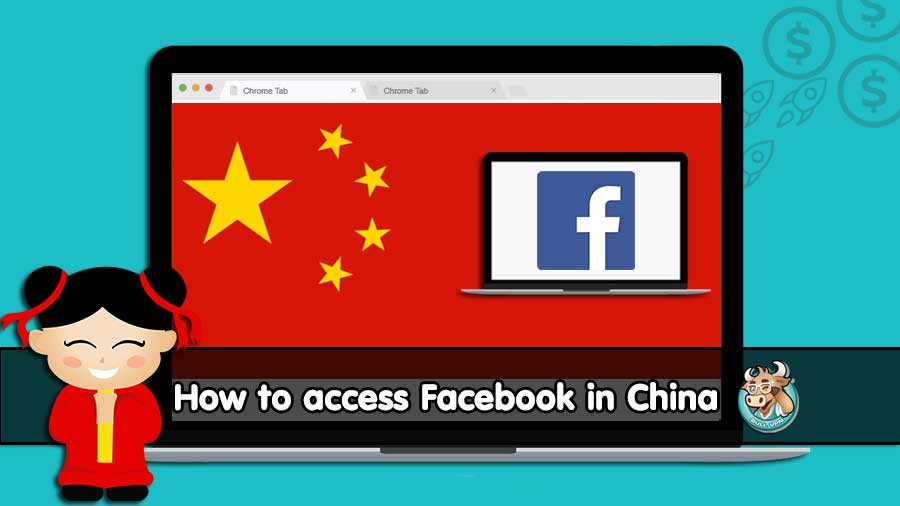 While some of us may be able to live without using Google, or any Google-related sites for a while, staying connected via social media is essential. Unfortunately, scrolling through Facebook, Twitter, Snapchat or even Instagram in China are all next to impossible with the Great Firewall.

Mind you, these methods can often result in a slower connection, but any connection is still better than none at all! It’s also worth bearing in mind that the Chinese cyber-cops are relentless in their search to hamper and shut down any loopholes allowing access to censored websites, so proxies and VPNs that have worked for years may one day just stop working out of the blue.

The easiest, most secure and reliable way of circumventing the Great Firewall to access Facebook in China is by using a VPN or “Virtual Private Network”

Use a VPN (Virtual Private Network)
First things first, though: what is a VPN? A VPN, short for “Virtual Private Network”, is a way of encrypting your data for purposes of security and masquerading your network so that it looks as though you are somewhere else. You can establish a virtual point to point connection through servers, protocols and traffic encryption, allowing users to circumvent censorship, protect your personal data and location and securely send data across the world. For a more visual representation of what a VPN is, check out this helpful video on YouTube.

How does a VPN work?

In the case of accessing Facebook in China, VPNs work by creating a secure, encrypted tunnel between your computer in mainland China and a VPN server somewhere else in the world, making it difficult for China’s cyber-police to determine which sites you’re actually visiting.