Did you know that these countries have blocked Youtube in the past?

Censoring or blocking YouTube still exists in many countries around the world. 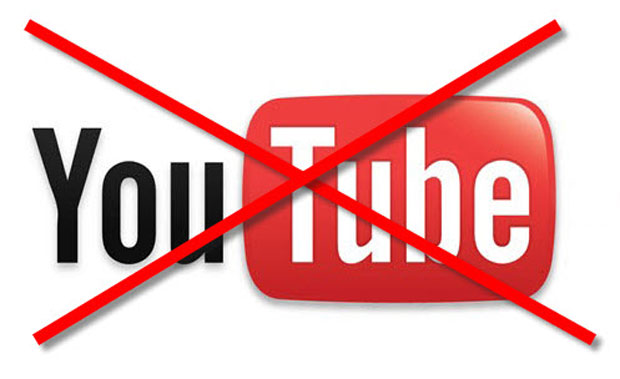 Today, BullVPN will talk about countries that have blocked YouTube.

But even though YouTube is a website that people know and use all over the world. There are still some countries that have censorship. or block the YouTube website which contains censored content such as insulting content. or criticize the government or officials, religious leaders, temporary or permanent bans may occur.

Iran banned YouTube in December 2006, declaring it "immoral." Access was restricted until 2009, but a permanent block was imposed in 2012 after the movie "Innocence of Muslims" was uploaded to the site.

YouTube is blocked in North Korea, most North Koreans do not have access to the Internet. Only those from aristocratic families, universities, and research institutes were available that can access the internet network of this country

Blocking on YouTube was first imposed on February 22, 2008, due to a large number of blasphemous videos. Other YouTube blocks were enforced by the Pakistan Telecommunication Organization (PTA) on September 17, 2012. After YouTube canceled its anti-Islamic film "Innocence of Muslims". Which caused violent protests in the country and destroyed the Islamic world. Blocking YouTube should be temporary. But many Pakistanis feel that the ban is long-standing as many religious groups have denounced the website as "the most devastating force in the world." It has been called "blasphemy" after several human rights groups and the Senate Committee of Pakistan were dismissed for unblocking the YouTube channel.

YouTube was accessible in Syria for a short time in 2011, but is still blocked today due to the Syrian civil war.

YouTube is largely inaccessible to millions of network users in Germany. Since late March 2009, due to a dispute between YouTube and Gesellschaft für musikalische Aufführungs- und mechanische Vervielfältigungsrechte (GEMA), the music performance association Many music videos are blocked. An Open Data City study found that more than 60 percent of videos on YouTube were unavailable in Germany because YouTube assumed that music copyrights 'may' be owned by the social music collection "GEMA", including Sound Track.

In 2014, Prime Minister Recep Tayyip Erdoğan's YouTube ban, as it had been said. It is said that the story behind the story was a video clip that revealed a plot for a war with Syria.

And many other countries have temporarily blocked YouTube or banned certain videos, such as Tajikistan, Nigeria, Samoa Island, etc. However, countries that ban YouTube can't win. Because there is a way to access blocked videos and websites. As long as you use a VPN service, you can access the websites and content you want.

So how do we fix it? Will we be able to watch YouTube or not?

It's not difficult to fix because BullVPN service is our solution. It's a VPN for watching YouTube no matter what country you're in. It's blocked.