Beijing can not miss !! Not only is Beijing the capital of the People’s Republic of China, but it is also one of the most popular travel destinations in the world. With 140 million Chinese tourists and 4.4 international tourists every year, the integral city to the history of the country has numerous things to do and see.

As described by lonely planet and many other reputable travel guides, the top sights to see when visiting Beijing include:

This legendary wall was built over the time-span of three dynasties. While the Great Wall never played an effective roll in guarding the people against the barbarians, it did employ thousands, prevent defection, proclaimed that land, and proved the power of the emperor. The sections built by the Ming dynasty is the easiest to visit in Beijing and the Great Wall is open in this area year-round. Choosing the right section of the wall for you is extremely important as it is extremely long (21196 km). For those who do not have much time or are going on a weekend or holiday, the Juyonggaun Great Wall is the most fitting. However, the most popular and restored section in Beijing is the Badaling Great Wall. For a greener view go visit the Mutianyu Great Wall. If what you are seeking is a half restored, older section of the wall, the go-to spots include Simatai Great Wall, Gubeiko Great Wall, Shixiangan Great Wall, or Huanghuacheng Great Wall. While all of the mentioned sections are great options to experience the Great Wall, it is a good idea to do your research before arriving at the wall. This way, you are sure to have the experience that you have traveled the distance for.

The Forbidden City is one of the country’s most famous museums. It was opened to the public in 1925 and was made a UNESCO world heritage site in 1987. As this is one of the most visited museums in one of the most visited cities in the world, it is important to go either early or late. The Forbidden City opens at 8:30 am and closes at 4:00 pm. Bringing water and wearing comfortable clothes is also highly recommended to endure the cobblestone and heat. This lovely combination of a temple and large park attracts not only tourists, but also locals. If you get up early enough, before the temple opens, it is common to see locals doing many kinds of physical activity. The experience gained is completely different before and after the hour of 9:30, so it is nice to be able to experience both. This nice area to walk around in includes many art instillations, shops, cafes, and restaurants. Located in the northeast corner of Beijing, the 798 Art Zone covers an area of 143 acres. It has become the exhibition center of art and culture in China. This area often holds important art exhibitions and activities as well as fashion shows. Art festivals are held from the end of April to the end of May and the end of September to the end of October. Six major halls and seven courtyards comprise this palace built for Emperor Yongzheng when he was still a prince. His successor turned the palace into a lama temple in 1744. Today, the Lama Temple is the largest shrine of Tibetan Buddhism. The three artworks not to be missed include the three bronze statues of the Buddhas of the three ages, the Five-Hundred-Arhat-Hill, and 26m tall White Sandalwood statue of the Maitreya Buddha. 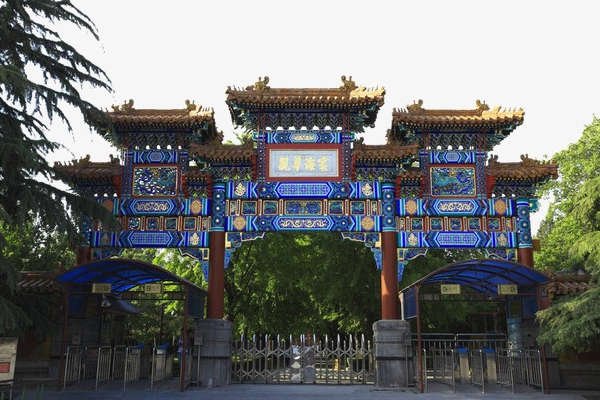 The world’s largest public square is full of 1950s Soviet-style buildings and surrounded by a white fence. Something different to see may include the flag-raising ceremony performed by a troop from the People’s Liberation Army. This is the symbolic center of the Chinese world as it was originally created by Mao to prove the greatness of the Communist Party. 26 Flights of stairs lead you to clocks that were built in 1272. At the top of the Drum Tower, there is an exhibition of different time-measuring instruments used throughout the many dynasties of China. Also, there is a drum and bell performance that allows visitors to listen to the sounds created between the two mountains. Of the two towers, it is often noted that the Drum Tower is the most interesting. If you only have time for one, go with the Drum. 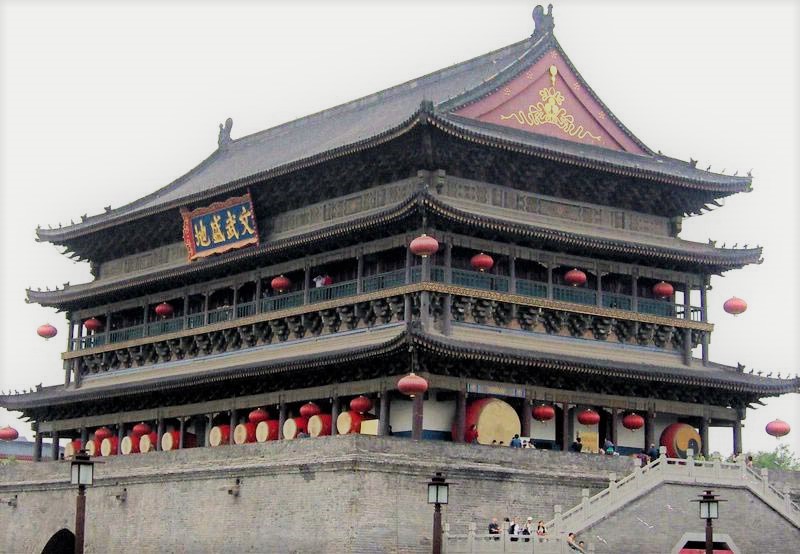 You may walk or cycle around these gorgeous lakes in order to take in the views and people-watch. The pleasant area popular with both tourists and locals is full of restaurants and cafes. The serene environment is highly recommended at night to have a drink and listen to some live music. It is a nice area to view for an evening on the water. Going to China for work, study, or play? It doesn’t matter the reason for or length of your stay, the existing internet policy in China will prevent you from accessing an assortment of social media sites, search engines, media, and work tools. Therefore, it is extremely important to be aware and prepared to utilize a VPN prior to your arrival in the country. That is, if you would like to be able to share your wonderful experiences with your friends and family as well as stay connected. Not only is using a Bull VPN important to maintain online security in a time when cyber-crime is at its peak, but it also allows access to websites that are banned by the Chinese firewall.