Having said that, the speed of the internet is now more important than having it. This led consumers to start searching for information about Internet Service Providers (ISPs), and of course, Internet True was one of our choices.

With the fact that True has a wide range of services. Whether it is an internet network provider and a telephone number, True fiber, and TrueID, it makes it difficult for consumers to make a decision to use the internet service from True.

After we have successfully selected the ISP. Then install a home internet router or buy an internet promotion from True. You can now use the internet to watch movies on Netflix, Hotstar, Amazon, Prime Video, etc. Or listen to your favorite streaming music like Joox, or Spotify and play online games.

Was it ever the same? When we play True Internet for a while and then start to have internet slowdowns, True Internet crashes, and does not use the Internet at full speed according to the package that has been applied. Even if you buy a 15 Mbps package or use True Gigatex fiber service, it's because...

During the use of True Internet. There may be problems with frequent internet disconnects, unstable, slow internet, unable to watch movies and play games. In which these various problems, users can solve the basic problems by themselves as follows.

But if you complete the above steps, you still can't use the internet. It might be due to a problem with the mobile signal being interrupted. Make it unable to use the True Internet.

You can “connect BullVPN” to reduce the problem of slow internet, no internet, and unstable internet because BullVPN is a VPN service provider that has a unique routing of traffic and respects privacy, thus ensuring safety every time. Connect to BullVPN and make your problem from using the internet, slow internet lag, and lag until you can't use it can be reduced as well. It can also reduce lag. Reduce ping while playing games as well. 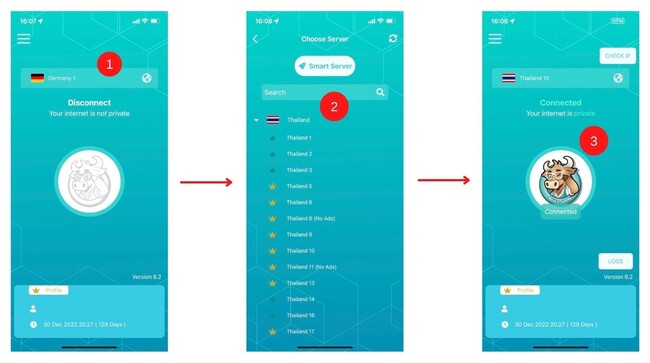 That's all, the problem is that you can't use True Internet and watch movies and play games. The problem of true internet is slow, twitching, unstable, internet doesn't work, it disappears. You can use the Internet with peace of mind.