1. Most Thai people of the country Access to the internet and use social media by mobile phones 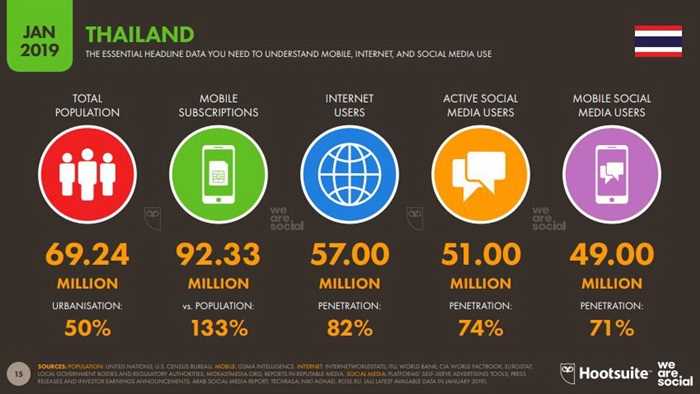 2. Adults use the internet via mobile phones. And still receive TV media.

3. Thai people spend more than 9 hours a day on the online world. Reflects that if the marketer And brand owners will do digital marketing. Still need to focus on Search Engine along with Social Media platform and Portal Web. 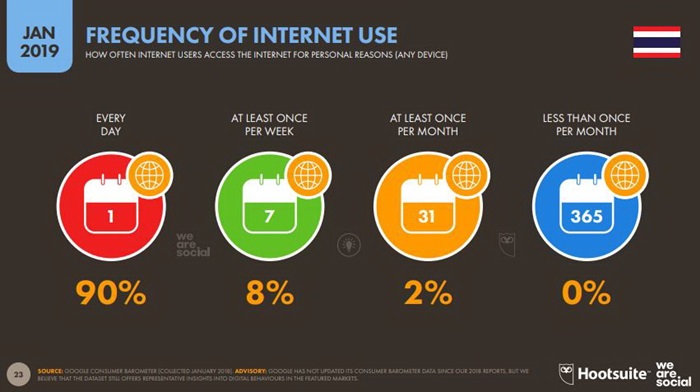 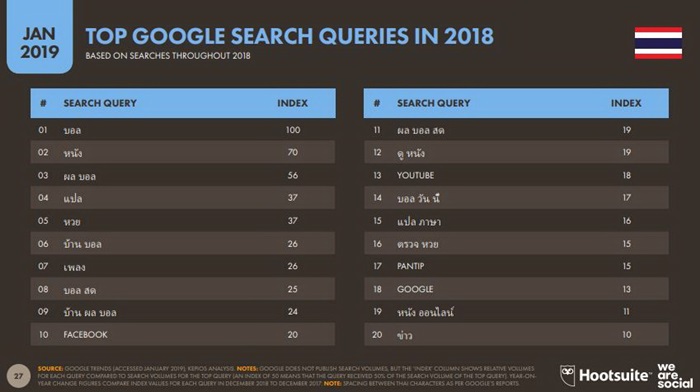 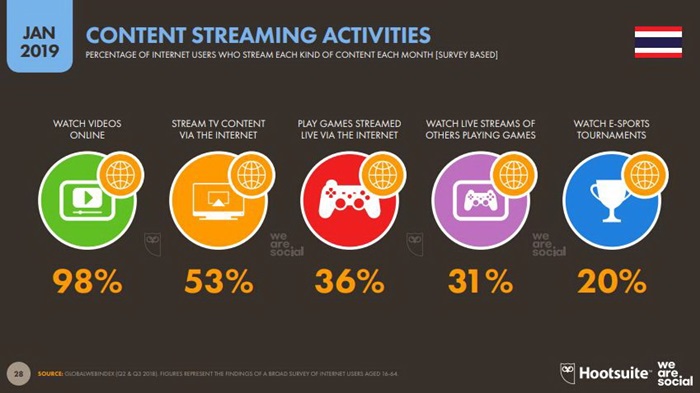 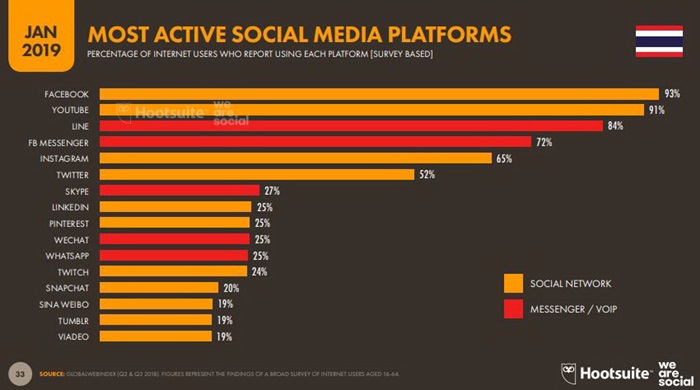 8. Thai people download more than 2,000 apps spending through the app more than 500 million US dollars. 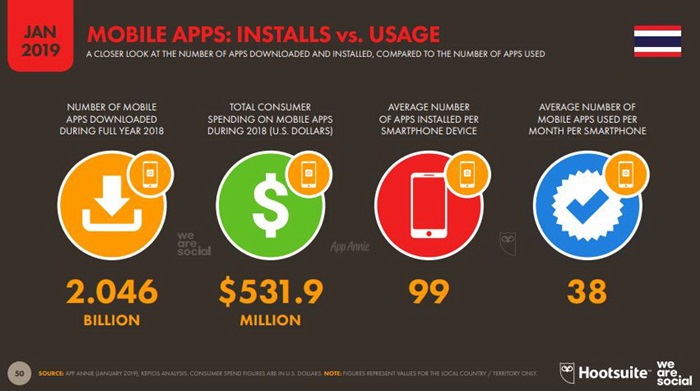 9. LINE, Facebook is the app that most Thai people use Netflix. The app has the highest revenue number 2 ranks. 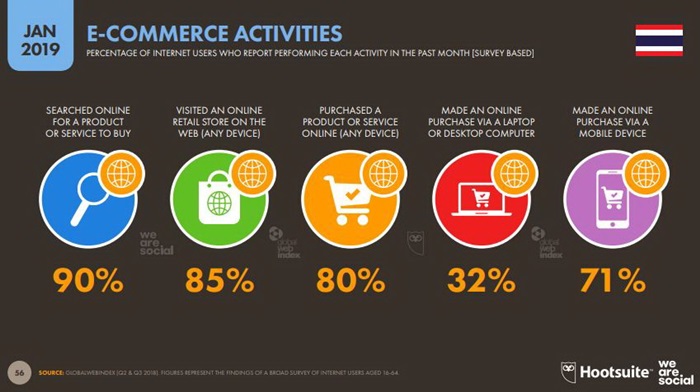 11. Thai people use voice-activated technology. And use the application to call a taxi. 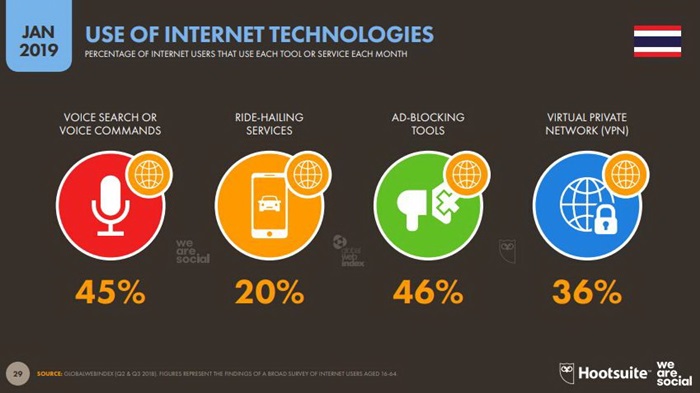