It has been said that lately, this type of online game that brings a Play-to-Earn system to the game in order to allow gamers to legally earn money within the game. But the money in the game depends on many factors, both the economy and others that make these currencies go up and down. Today we will take everyone to know another famous franchise that has returned. This time, we brought the NFT or Play-to-Earn system into the game and it is “Yulgang Global”. Today we will get to know this game a bit and how interesting the game is. So how do players have a gap in earning money from it?

For the game "Yulgang Global" is an online MMORPG game that feels that the style of play is not much different from Yulgang Mobile. Within the game, there will be up to 7 career lines to choose from, consisting of swordsmen, swordsmen, players. Archer, Spearman, Healer, Assassin, and Spirit User. There are also special classes that we can unlock to play, such as boxing fists, where the condition is that the player must first have a character level 60 and It has been upgraded to Tier 3 to be able to create these special characters. The gameplay is said to be very easy to play. Players simply follow the story quests to level up. If the level is not enough, do quests from other activities to level up and find items to increase the CP power of our characters even more. 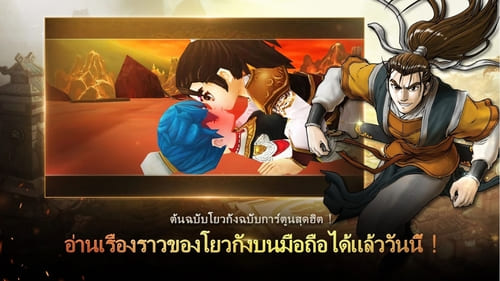 The combat system will focus on using skills to attack enemies. Each skill has a different cooldown. There are also pet skills that will support our characters to attack continuously. There is also a rage value, if the player is fully accumulated, it will transform and attack the enemy more brutal, more powerful. Skill Level, Ethereal Weapon Upgrade, Equipment Upgrade, and Pet Upgrade These will greatly increase the power of our characters. And if you want to play this game to have fun, the important thing is “having a guild” because many guild or party activities have a lot to do. and one of them is "Jianghu's Note" is one of the items used in tier 2 career change, so having a guild is really important. Don't forget to find a guild as well. As an online game on mobile phones and smartphones, therefore, most of the activities for character development are based on completing various activities within the game in order for the player to develop the character as quickly as possible. So try not to miss any activities. Just one activity. Then when players start to level up for a while, around level 40 and up, and have a 2nd stage career change, we can start farming what is known as "crystal" because besides it helps in character development. to become stronger We can also exchange them for “TIG Coins” which are NFT coins of this game that players can exchange for real money. Crystals can usually be farmed from the Dragon's Lair. Which is up to the players how diligent they are. But be careful. Because we may have to compete with other players as well. 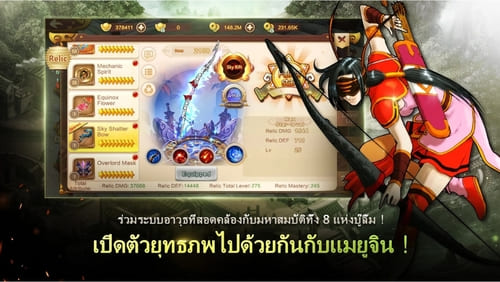 But before we can go to the dragon's lair to farm crystals, it takes up to 2 days to complete the conditions for going to that place to complete quests and level up. as required Then the question that many people wonder. “Will free players be able to play this game!?” Having said that, “Yulgang Global” does not have a system that restricts any player to players. drama For crystals, players can keep them without having to top up or deposit any coins at all. It looks more like an online MMORPG with a Play-to-Earn system added. Free line. You can stay in this game comfortably. Finally, if players are afraid of not following other players, don't worry because in the game "Yulgang Global" offline players will also receive experience, EXP and various items. The selling point of this game. Another thing is 'Costume' that we can buy and own a lot. In the game, there is also a central market system that sells items in gold price. In addition, the game also has a PvP system that allows players to compete. Or many other activities. Finally, who is afraid that playing this game is not fun? Or do not understand the various systems, do not worry at all. Because the game also supports the full Thai language. 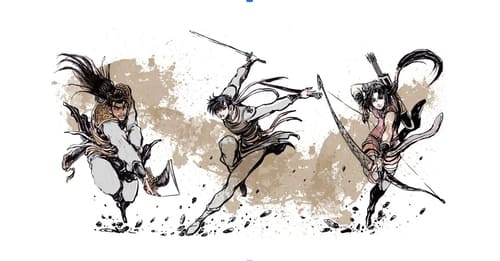 You can download the game Yulgang Global and the communication channels of the various servers by following the link below.

If your friends like to play online games both in Thailand and abroad on their smartphones. The important thing is to play smoothly without interruption and some games may have IP blocking. We recommend BullVPN program that will help you to play games smoothly. It also allows access to IP-blocked games. Importantly, BullVPN program is a VPN program that can be used on both your mobile, smartphone or PC. So that you want to play a good smartphone mobile game, you can connect and play smoothly. Don't believe it! Let's try to use the service.